Actually, I would like fries with my Windows; fries with anything! But if Microsoft’s new operating system serves up everything, maybe I won’t need them. As the image attached to this post indicates, and as has Microsoft itself, the push is on for us to get our free version of Windows 10. I already have it installed on one computer: a success story, really. I’ve repeatedly tried to keep it installed on another. In this post, I’m going to be quite subjective in telling you my Windows 10 story.

I am part of Windows’ intended audience, so decided to get in on their second level of testing. That’s what beta testers do. In this case, it wasn’t really a unique thing to do: there were at least tens of millions of us. Beta testing an operating system requires a level of comfort with a computer…things are likely to go wrong, and one needs to be able to recover from what Bob Ross would have called “happy little accidents”. I was also a good candidate to be a tester because I’ve worked in the past with a large textbook publishing company to ‘test’ lessons in their upcoming textbooks. So I bravely went forward, had quite a few happy little accidents, and more or less survived the experience. (I had to reset to factory my laptop more than once during this phase.) Later, I became a Windows 10 Insider. As such, I had the choice to fast track my updates, which I did at times, or go the safer route, waiting on each new “build” do go through some testing first.

During this several-month process, I did do a little ‘testing’ for that textbook company, and eventually got Windows 10 settled in on one of my two laptops. That part of my story is coming right up.

Windows 10 Release Cycle and Me

So I mentioned above that I first beta-tested Windows 10, then became a Windows 10 Insider, subscribing to ‘fast track’ updates for a time (I am back doing that now). In a software’s life cycle, there are several progressively more tested and reliable stages. Here is a list of the major stages:

With Windows 10, I have gone from Beta, to RTM, to GA. And I remain an “Insider”, so I can get builds that are not yet generally available. This gives picky me a chance to look at upcoming features, fixes, and perks. Despite, or in spite of some significant challenges, I have stayed the course on one of two laptops. Interestingly, the laptop that has remained standing with Windows 10 is an eight year old, underpowered laptop, with, truly, insufficient RAM (random access memory, or the stuff your software ‘lives in’ when the computer is on). My other laptop, well, it’s still running Windows 7 Home Premium.

You read above that, yes, I am running Windows 10 on a very dated laptop; it doesn’t have enough RAM (and can’t be upgraded), and has very little power compared to the laptop running Windows 7. The old one is an HP Pavilion. Amazingly resilient. It should have ‘died’ years ago. (It did, in some ways, but I nursed it back to life.) For reasons unknown to me, it ticks along with Windows 10 installed. It takes all of the updates, and pretty much does everything. What can’t it do? It has problems with HD video and some non-HD video. Other than that, I’m thrilled with its performance and how Windows 10 functions on it.

My Sony Vaio…a completely different story to date. Interestingly, it was the first laptop to have the earliest beta version of Windows 10 on it. After that, things went downhill. I have twice installed Windows 10 on this laptop, and twice had to reset it to factory defaults; in case this doesn’t make sense, this kind of reset is drastic, and usually results in one’s losing all data and programs. So why has this been happening, when, clearly, the newer and more powerful (by far) Vaio seems the logical choice? My answer: I’m not sure. It has been distressing, to say the least. And time consuming. My only two thoughts that might point to the problems I’ve experienced with the Vaio are these:

Yes, I have b!tched, openly, about some of the major problems I have encountered with installing Windows 10, or working with stable versions of it. I have lost data at times, and my patience. I have spent quite a few hours having to repair or restore one or both of my laptops. Those issues represent the downside. On the upside, I love the look, feel, and functionality of Windows 10. It has the best of all Windows worlds in my opinion: a new interface, but the capability to see and use the operating system in the old school way. What Microsoft says about it is no boast: it’s much faster than earlier versions of Windows. Even on my kinky old Pavilion. Due to a major update this past November, I may yet try to get it to keep working on the Vaio. Time will tell. 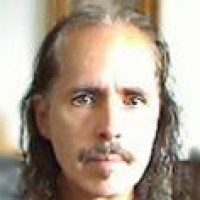